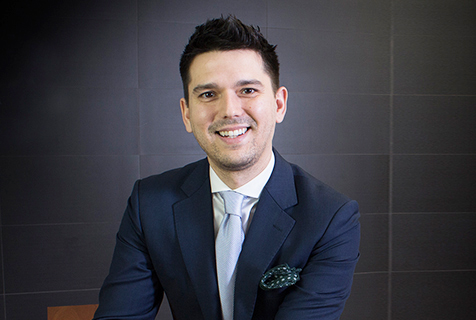 I am committed to representing clients who have suffered serious injuries as a result of the negligence of others. I am an “out-of-the-box” thinker when it comes to overcoming complex legal issues and I truly appreciate being able to make a difference for my clients.

Kalin Stoykov is an associate lawyer with Reybroek Law. He began his legal career practicing insurance defence litigation for Ontario’s largest insurer. Kalin now devotes his practice to representing individuals who have suffered serious personal injuries, focusing on motor vehicle accident claims, slip and fall claims, and other injuries sustained by the negligence of others. He has experience with both jury and non-jury trials.

Kalin is a member of the Ontario Trial Lawyers Associate and Canadian Bar Association.

We’ve got your back

Called to the bar

We’ve got your back

Our dedicated team of professionals work with you every step of the way to ensure that your rights are protected.