All year round, people flock to public parks and trails for leisure, recreational activities, and all types of gatherings. However, accidents happen and sometimes a public park or trail can turn from a fun summer hangout into a hazard. If you are injured at a public park or on a public trail and are looking to sue for damages, time is of the essence.

As a rule, you must notify the municipality of the claim and injury within 10 days of the injury occurring or else you may not bring an action against said municipality. This being said, depending on your circumstances, missing this 10-day notice period may not defeat your claim. Here’s what you need to know about potential municipal liability for injuries that occur on public parks and trails.

First, the applicable legislation for determining liability is the Occupier’s Liability Act (the Act). (Please note that this article only applies to municipal parks and trails, and does not include provincial parks.) Under the Act, the government is required to take certain steps to prevent park goers and trail users from suffering injuries – this is referred to as the ‘standard of care’. But it’s important to note that the standard of care differs depending on how and where you are injured.

The normal standard of care required of the government in maintaining public parks or trails as set out in section 3(1) requires the municipality that occupies the park or trail “to take such care as in all the circumstances of the case is reasonable to see that persons entering on the premises, and the property brought on the premises by those persons are reasonably safe while on the premises.” For instance, if the paths in a park are covered by ice, the municipality where the park is situated has a duty to put down salt or clear the paths of ice.
However, where you willingly assume the risks of the activity or action which ends up causing your injury, the municipality occupying the park or trail still bears liability but there is a lower standard of care. Section 4(1) of the Act sets out the standard of care for risks willingly assumed by a person who enters the park or trail. This second, lower standard of care for risks willingly assumed provides that the occupier (the municipality) “owes a duty to the person to not create danger with the deliberate attempt of doing harm or damage to the person or his or her property and to not act with reckless disregard of the presence of the person or his or her property.”

The next few subsections of the Act set out some of the types of activities where risks are considered to be willingly assumed by the person who enters a property. For instance, a person who enters a property with the intention of committing a criminal act is deemed to have assumed all risks of his or her actions. As well, a person who enters a recreational trail for the purpose of engaging in a recreational activity where no fee is paid for the entry or activity of the person (other than a benefit or payment received from a government or government agency or a non-profit recreation club or association) and where the person is not being provided with living accommodations by the occupier, is deemed to have willingly assumed the risks of their chosen activity.

But even in cases where a lower standard of care is deemed to apply, the occupying municipality may still bear liability. In the case of Herbert v Brampton (City), for example, the plaintiff was a cyclist who decided to use a bike trail owned and operated by the City of Brampton. At one point during his ride, he noticed another cyclist in his lane. In order to avoid a collision, he veered to the right and fell onto an area of the trail strewn with stones and a large rock. The cyclist hit his head and suffered an injury causing him to be a quadriplegic. In this case, the court applied the lower standard of care for risks willingly assumed and still found the City of Brampton 40 percent responsible for the cyclist’s injuries because of its failure to carry out proper inspection and maintenance of the trail. The stones and the large rock had been on the trail for some time. Thus, the court found that the City’s failure to attend to the situation amounted to a total (and reckless) disregard of the cyclist’s safety.

When faced with an injury in a public park or on a public trail, it can be confusing to determine which standard of care applies to your circumstances. And yet, it is essential to act quickly when you are injured on municipally-owned property (like public parks and trails) as, under section 44(10) of the Municipal Act, you must notify the municipality of the claim and injury within 10 days of the injury occurring or else you may not bring an action against said municipality. If you or someone you love has been injured in a municipally-owned public park or trail please do not hesitate to call Reybroek Barristers at (416) 780-1413 to find out whether you have a valid claim. 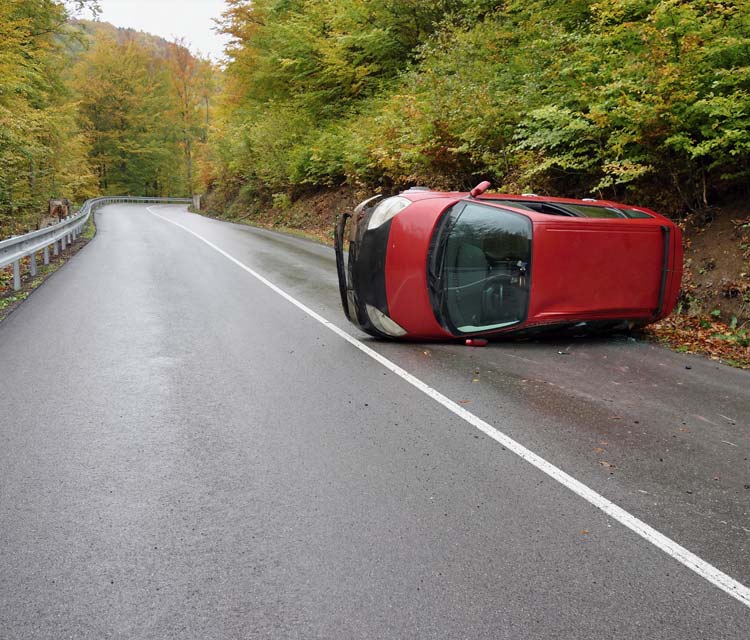